Diversifying your lifestyle and your investment portfolio to embrace the many opportunities our world offers is a more important agenda than it’s ever been.

The way to make sure you’re prepared for whatever tomorrow brings is to expand where you spend your time and your money so you’re not at the mercy of any single government, economy, marketplace, or currency.

Where in the world will offer the best options for repositioning yourself overseas this year? The answers are found in our 2022 Overseas Retirement Index… hot off the virtual press. Here is a snapshot of the results…

Why Should I Retire To The Dominican Republic?

If your heart is set on the Caribbean but you thought you couldn’t afford it, we have good news… The Dominican Republic has everything you want at a price you can’t say no to.

White-sand beaches, swaying palm trees, warm turquoise water, year-round sunshine…you’ll find these things in abundance here in the DR. This small nation boasts about 800 miles of coastline, all of it sandy and welcoming…

Where Should I Retire In The Dominican Republic?

Las Terrenas is an eclectic, multicultural Caribbean beach community found on the DR’s Samaná Peninsula, a finger of land that sticks out from the country’s northeast coast.

It’s home to some of the most beautiful beaches in the country… The area is surrounded by mountains with plenty of palm trees for shade.

For decades, European expats have been living in Las Terrenas, setting up businesses, and establishing a tight-knit, eclectic community. Each nationality brings its own flavor to town and provides a multicultural mix that’s not typical of a Caribbean island.

Why Should I Retire To Thailand?

There’s a lot to like in Thailand: breath-taking beaches, friendly locals, well-established expat communities, and more. Thailand boasts excellent health care (about one-fifth the cost of U.S. health care) and easy retirement visa options. Plus, it’s one of few Southeast Asian nations where foreigners can own some types of property.

Where Should I Retire In Thailand?

Phuket is Thailand’s famous jet-set destination that holds a global reputation for its gorgeous beaches… and rightfully so. This island, the third-largest in the country, offers soft, sandy shores separated by rocky headlands and lapped by the warm waters of the Andaman Sea.

Phuket is also home to a substantial expat population of 100,000—about 20% of its permanent population. As a magnet for expats from around the world, including the States, Canada, the U.K., Scandinavia, and more, English is widely spoken and understood. Most expats and retirees are attracted here by the pristine beaches, scenic mountain views, and warm tropical climate… 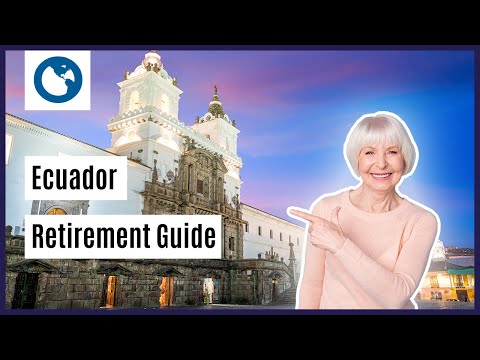 Why Should I Retire To Ecuador?

Ecuador has long been a draw for expats and retirees, thanks mostly to its affordable cost of living and pleasant climate. It’s a small country, but it packs a punch, offering a wide variety of things to see and do, from visiting the big city, exploring colonial centers, hiking in the mountains, and hitting the beaches.

The big advantage that Ecuador offers over the States is the chance to live better for less. If budget concern is a primary motivating factor as you consider your retirement, Ecuador should be on your radar.

Where Should I Retire In Ecuador?

Salinas is one of Ecuador’s top places to live. Known locally as Little Miami, Salinas has long been a favorite vacation spot for Ecuadorians. More recently tourists from other countries have started to appear…

So have expats, who come to take advantage of Ecuador’s fantastically low cost of living. There are more than 6,000 of them living here, making it one of the top expat locations in the country.

Unlike Miami, in Salinas, you can buy property for US$100,000. If you’re interested in buying a condo as a place to live or as a rental investment, this is an excellent time to be shopping.

Why Should I Retire To Italy?

If you’re looking for quintessential Old World lifestyle, Italy deserves your attention. The old towns are charming, and the countryside between is pleasant. Even excluding the big cities like Rome, there is enough here to keep your interest and to support a fully appointed life on the Continent. What’s more, life here can be much more affordable than back home…

Where Should I Retire In Italy?

Nestled within the verdant hills of Abruzzo is Città Sant’Angelo, a hamlet of about 15,000 that is one of the most culturally rich the region has to offer. Walking the stone streets of Città feels like being in a world removed from time…

This 9th century medieval town situated between two rivers is home to magnificent palazzi, piazzas, churches, and monasteries…Quaint storefronts are home to butchers, bakers, pasta makers, and pharmacists, locals popping in from one to the next to get their daily shopping done…

The way of life here hearkens back hundreds of years…nothing here has changed much in that time, and that’s the way folks like it.

Why Should I Retire To Ireland?

The Emerald Isle is blessed with marvelous natural beauty, rich history and heritage, charming traditional villages, a strong sense of community spirit, and plenty of activities to keep anyone busy.

Where Should I Retire In Ireland?

County Clare is one of the best-kept secrets in Ireland. It’s where the Irish themselves go when they need a vacation. Found in the Mid-West Region along the country’s west coast, it’s bordered by dramatic cliffs that look out broodingly over the Atlantic Ocean…

Here, the true Irish spirit courses through the small coastal towns and lively villages that make up the county… On top of its charming locals, culture, and history, Clare entices people in with its natural beauty: long, white-sand beaches with surfable waves, rolling sand dunes, and patchwork green fields. The world-famous Burren National Park, a special region of glaciated karst landscape, is found here.

Why Should I Retire To France?

France is the good life defined. The food, the wine, the art, the shopping, the history… This country boasts the most beautiful and romantic city on Earth plus the best of country living and dramatic Mediterranean and Atlantic coasts. On top of all this, France is home to the world’s best health care, the world’s best infrastructure, top international schools, and a relaxed way of life… And, in some parts of the country, the very good life can be very affordable, as well.

Where Should I Retire In France?

With hundreds of museums and galleries, one of the liveliest café cultures and some of the most revered cuisine in the world, space to lounge in parks and on riversides… plus a superb and affordable public transportation system and other modern amenities, including top-notch health care, Paris has it all.

You’d be hard pressed to find more history, culture, and character per square meter anywhere else… Paris is one of the most cosmopolitan cities in the world, but all that luxe comes at a cost. France would never feature on a list of the world’s bargain destinations; still, outside Paris, this country can be much more affordable than you might imagine…

Why Should I Retire To Northern Cyprus?

This halfway-across-the-world island destination offers year-round sunshine, pristine beaches, and clear-blue waters… everything you could want in a great escape.

English is widely spoken, and it’s easy to do business here. The expat community is large and welcoming, the culture rich, the crime rates low…

The kicker, though, is the unbelievably low-priced property investment opportunities to be had. New apartments in modern complexes with amenities cost about US$70,000.

Where Should I Retire In Northern Cyprus?

Iskele, on the eastern coast, is known for having the nicest and longest stretch of beach on the island, as well as its seafood specialties…

Kyrenia is a small town on the northern coast of Northern Cyprus, sandwiched between the Kyrenia Mountains and the warm waters of the Med. It’s home to seaside hotels, restaurants, and beach clubs but is most famous for its old harbor and castle.

Famagusta is a charming city of about 50,000 people, found on Northern Cyprus’s southeast coast. It’s a walled city, surrounded by roughly rectangular ramparts built by the Venetians in the 15th and 16th centuries. 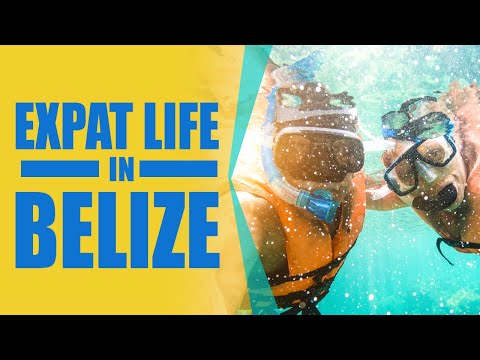 Why Should I Retire To Belize?

Belize is a safe, welcoming, unassuming little country where the population values personal privacy, self-determination, and freedom. Once at the heart of the Maya Empire, Belize is today famous for its white-sand Caribbean beaches and clear, unpolluted waters.

Belize’s QRP visa is one of the most efficient routes to foreign residency anywhere in the Americas. It’s available to anyone over the age of 45 and it grants a host of incentives, like tax-free importation of household goods, automobiles, boats, or even airplanes.

Where Should I Retire In Belize?

The Cayo District is a beautiful, welcoming, and quirky little corner of the world. Located on the mainland in western Belize, Cayo is a frontier land of rivers and rain forest. Here, the burdens and concerns of the rest of the world feel far away and unimportant.

The region as long held a kind of mystique… Its rich history dates back thousands of years. Maya relics are embedded throughout the vast natural landscape and are an intrinsic part of what is today a burgeoning bohemian community.

Over the past few years, this unique area has created an open-minded identity that celebrates healthy living, art, agriculture, environmental preservation, and diversity.

Why Should I Retire To Mexico?

Mexico is a top choice for overseas retirement: It’s easy to get to from the States and Canada, it has warm year-round temperatures, it boasts two coastlines full of magnificent beaches, and it offers a low cost of living for people looking to stretch their retirement budgets. The country is familiar, with many of the shops and brands that Americans and Canadians are used to and expat communities set up across the country.

Where Should I Retire In Mexico? 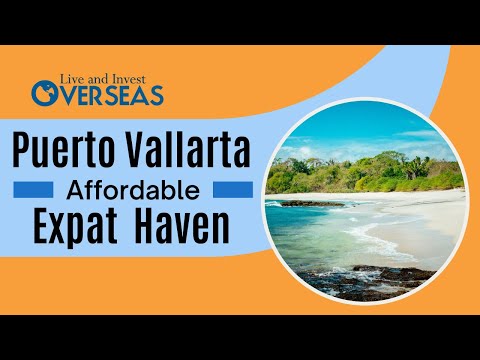 Puerto Vallarta is located on Mexico’s Pacific Coast in the scenic Banderas Bay, surrounded by the Sierra Madre mountains. A long-time favorite destination of retirees and spring-breakers, Puerto Vallarta now attracts expats and digital nomads as well. There’s just something about this place that draws people in…

With the ocean on one side and the mountains on the other, there’s a wealth of activities at your fingertips here. Real estate, although more expensive than in years past, remains a good bargain. 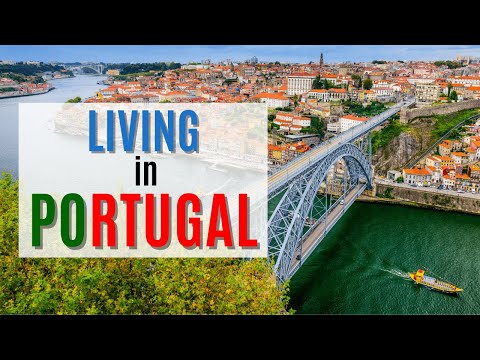 Why Should I Retire To Portugal?

Portugal is our all-around favorite retire-overseas destination. It has a low cost of living, easy residency, and tax incentives for foreign residents. It also has great food, more sunshine than anywhere else in Europe, some of the best beaches and golf in Europe, excellent infrastructure, and a large English-speaking population. Access is easy and cheap, making this a great base from which to explore the whole of the Continent.

Where Should I Retire In Portugal?

Comporta is an up-and-coming locale found 90 minutes south of Lisbon in the region of Alentejo. It’s been described as the Hamptons of Europe… It’s been compared to Saint-Tropez, Ibiza, and Uruguay’s José Ignacio… but Comporta has an appeal all its own.

It features long expanses of soft, white-gold beaches, frothy Atlantic waters, and rugged scenery: scrabbly sand dunes, pine forests, patches of yellow wildflowers, and so many rice paddies that you might think you’re in Southeast Asia.

Untouched by development for many years, it looks much the same way it did 50 years ago. The effect is a kind of stylish sandy outpost lost in time… Comporta has a kind of relaxed sophistication that has some describing it as “hippie chic.”

Where Is The Best Place In The World For You To Retire?

What’s the safest country in the world?

How much money do I need to retire?

Where is the cheapest place to retire?

پروژه قبلی:Be aware to make an informed decision to immigrate to Northern Cyprus